SCOTTSDALE, AZ — At Parsus, we take pride in delivering top-notch quality solutions. Our clients have exceptional things to say about us year after year after year. This starts with our team which consists of nothing but A-listers. While our hiring process and our overall philosophy are not exact sciences, the formula contains a healthy dose of intuition mixed in with ingredients like intellect, communication, integrity, creativity, knowhow, experience and can use their imagination to solve problems.

Mark Zuckerberg, CEO of Facebook once said, “I will only hire someone to work directly for me if I would work for that person.” We are good at what we do. Yet, we continue to hire folks smarter than us. This only makes us smarter as we evolve into the next era.

Oprah Winfrey said, “Lots of people want to ride with you in the limo, but what you want is someone who will take the bus with you when the limo breaks down.” Believe it or not, the limo does break down once-in-a-great-while. It’s our people who improvise, who think outside-the-box, who solve problems!

This brings us to the latest example of how a Parsus team member has cracked the code (pun intended) for a client. 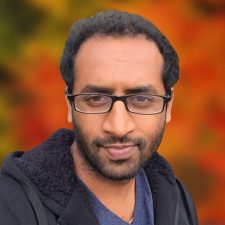 Hari Bokkalapally has worked on projects for the Arizona Department of Environmental Quality (ADEQ) for about a year now. He and his team has solved a 10-year old issue for ADEQ.

Since December 2009, ADEQ has struggled with the handler data upload of ADEQ’s ARID database to EPA’s RCRAInfo database through the Windsor node. Required fields were not programmed into the ARID database, causing a massive disconnect.

Years later, some issues were resolved but historical records were not and the errors began to accumulate. As of early 2017 there were approximately 100,000 errors in ARID records in the queue waiting to be translated to RCRAInfo. Over the past year, ADEQ’s Hazardous Waste Unit built a plan to fix these 100,000 (and counting) errors as well enhancing the database, correcting the fields and connecting ARID and RCRAInfo systems once and for all.

Within 3 short months, the Hari and his team at ADEQ managed to finish up the final 7% of errors and record-logging. As of March 23, 2018, all records had been loaded and all errors resolved.

Through their hard work and diligence, they managed to solve 100,000 errors that accumulated over the years within a 10-month timeframe. This is a huge accomplishment for Hari and all of ADEQ!

Kudos to Hari; keep up the great work!